Artifacts in the SDSS

Bright stars, meteors, and satellites occasionally wreak havoc on SDSS images.  You don’t have to scroll through too much of the SDSS imaging to find examples.

Provided below is a brief field guide to some of the most common “artifacts” you may see in your explorations of the SDSS data.  It is worth familiarizing yourself with the effects of stars, meteors, and satellites, since the SDSS imaging Navigation tool does not label them for you. (To learn more about how the SDSS collects and processes data, see the Preflight trainings under Capturing and Recording Light.) 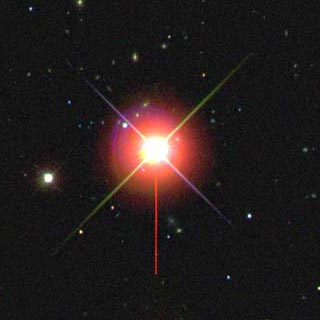 Each star, however bright, is still far away and should appear point-like given the resolution of our telescope. Very bright stars often appear to be large and extended because of the scattered light inside the telescope and saturation that occurs in the detector. 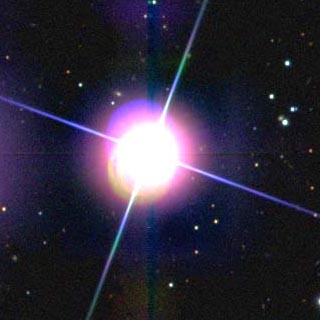 Here is a second example of how bright stars appear in the SDSS. The image reduction software removes most of this bleeding effect. 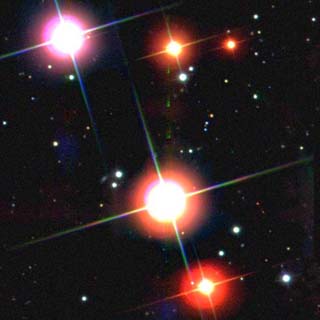 Each bright star appears to produce a tilted cross on the image. This pattern is called a ‘diffraction spike’, and is due to light scattered on the four beams that hold the secondary mirror of the telescope in place. 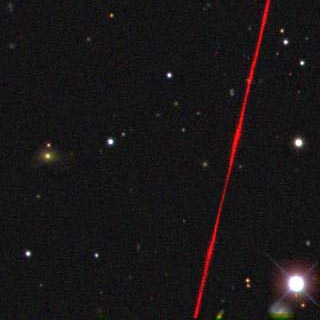 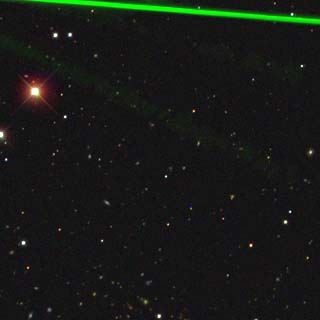 Bright meteors can also be captured in the act of burning up in the earth’s atmosphere. The trail is colored green because the image of the meteor was captured in only one of the five SDSS filters. 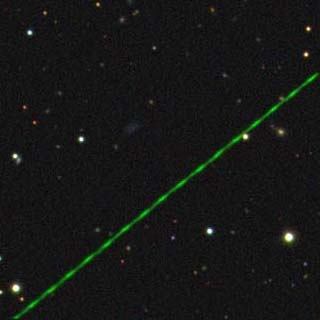 The image above shows another trail from a satellite in low-earth orbit. The varying intensity of the light is due to the rotation of the satellite. 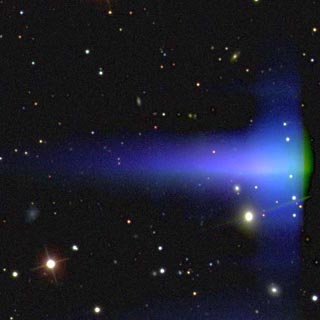 The blue ‘ghost‘ is the result of light from a nearby very bright star reflected inside the telescope. It is blue, because it was reflected onto the detector with the blue filter. 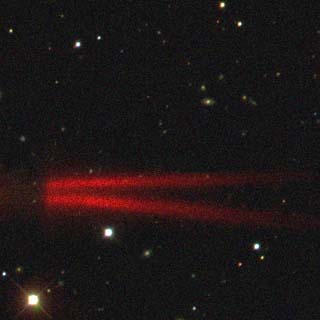 The red ‘ghost‘ is the result of light from a nearby very bright star reflected inside the telescope. Even though such reflections are quite weak, for very bright sources they still cause such artifacts to be detected.